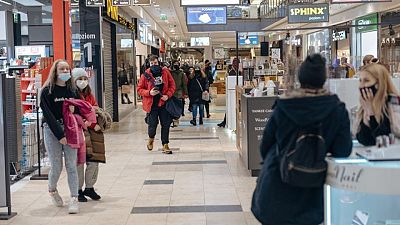 WARSAW -Poland will cut taxes on petrol, gas and electricity and provide cash payments to households in a programme worth up to 10 billion zlotys ($2.40 billion) designed to help people deal with high inflation, the prime minister said on Thursday.

Inflation in Poland, which has the largest economy of emerging European countries, has hit levels not seen in two decades. This has strained household budgets and caused concern for a government that touts its record of boosting ordinary citizens’ spending power through generous social benefits and minimum wage increases.

“The Polish government is acting to… soften, buffer against this growth in inflation,” Mateusz Morawiecki told a news conference.

Tax on petrol will be lowered to the minimum allowed by the European Union for five months starting on Dec. 20, he said.

Value-added tax (VAT) on gas will be cut to 8% from 23% from January to March. VAT on electricity in the first three months of 2022 will fall to 5% from 23%. There will also be no excise duty on electricity for households.

Additionally, households will receive financial support in the form of means-tested payments of 400 to 1,150 zlotys, which will be made in two installments in 2022.

Rafal Benecki, chief economist at ING in Poland, said the programme would cut CPI temporarily and mean its peak was lower, but the payments to households would combine with already announced tax cuts and an increase in the minimum wage to fuel consumer demand.

Central and Eastern European countries have seen some of the highest inflation on the continent, as tight labour markets and a strong rebound from the COVID-19 pandemic combine with global factors like rising energy prices and supply chain disruptions.

According to a CBOS opinion poll published on Tuesday, public criticism of the government’s economic policies is deepening, with 57% of respondents saying they do not see a chance that the economic situation will improve.