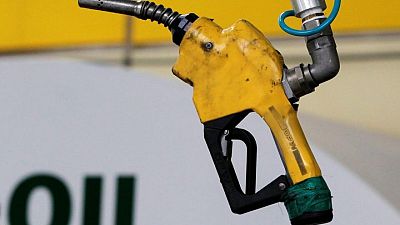 By Noah Browning and Shadia Nasralla

LONDON -The head of the International Energy Agency Fatih Birol said on Wednesday oil markets are suffering from an artificial supply gap, and that he hopes OPEC+ producer countries will do more to bring down prices at an upcoming meeting.

“(A) factor I would like to underline that caused these high prices is the position of some of the major oil and gas suppliers,” Birol said in an online presentation. “Some of the countries did not take, in our view, a helpful position in this context.”

“Some of the key strains in today’s markets may be considered artificial tightness… because in oil markets today we see close to 6 million barrels per day in spare production capacity lies with the key producers, OPEC+ countries.”

OPEC+ – the Organization of the Petroleum Exporting Countries (OPEC), Russia and their allies – has ignored calls by the United States and some other consumers to pump more.

Birol said he hoped that when the producer club meets on Dec. 2 to discuss policy it would “make the necessary steps in order to comfort the global oil markets and help to bring the prices down to reasonable levels”.

Russia can “easily” increase its gas exports to Europe by about 15% to ease a supply and price pinch there, Birol added.

Birol said that while the IEA understands the rationale behind a coordinated release of oil storage led by the U.S. and other top consumers this week to cool prices, the Paris-based agency only responds collectively to major supply disruptions.

The administration of U.S. President Joe Biden announced on Tuesday it would release millions of barrels of oil from strategic reserves in coordination with China, India, South Korea, Japan and Britain.