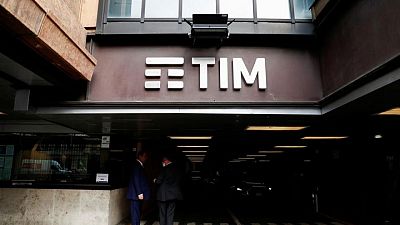 “It is too early to talk about that,” Giorgetti said during a parliamentary hearing, adding the government would look carefully at KKR’s plans concerning the company infrastructure assets and jobs.

KKR’s move is conditional on the government’s backing and comes as a boardroom war rages at TIM, whose biggest shareholder, French media group Vivendi with a 24% stake, has said it deems the bid too low.

Speculation that KKR could raise its bid to win Vivendi’s approval pushed TIM shares as much as 17% higher on Wednesday to a 21-month peak.

More than 25% of Telecom Italia voting capital has changed hands this week.

Vivendi is pushing for TIM’s Chief Executive Luigi Gubitosi to be replaced after two profit warnings since July, sources have said, and the matter could be discussed at a board meeting on Friday.

Italy’s main telecom unions called for a greater presence of the state in TIM, blaming Vivendi for creating tensions within the company.