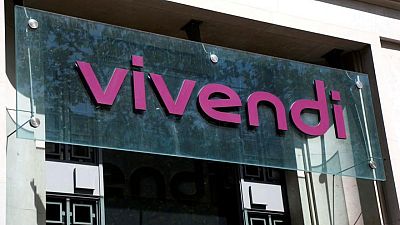 MILAN -Telecom Italia’s top investor Vivendi said it intended to stay in the group for the long haul, signalling to KKR it could hamper the U.S. fund’s takeover plans for the Italian phone company.

Shares in TIM, which gained 30% on Monday, closed down 4.7%after Vivendi’s comments, underperforming Milan’s 1.7% fall.

“Vivendi wishes to clarify that the group is very attached to Italy and to Telecom Italia (and) has no intention to sell its stake,” a Vivendi spokesperson said.

KKR, whose approach gives TIM an enterprise value of 33 billion euros when including net debt, could offer 0.505 euros a share for what would be Europe’s biggest private equity buyout.

While that represents a 45.7% premium to the closing price of ordinary shares prior to the announcement, it is below the 0.83 euros a share at which Vivendi books its 24% TIM stake.

“The premium is above most of the recent delistings registered in the EU telecom sector and although the valuation may appear undemanding this could be explained by TIM‘s difficult fundamental outlook,” UBS said.

A minimum acceptance threshold of 51% for the offer means Vivendi’s backing is not strictly needed.

However, pushing through extraordinary resolutions requires a two-thirds majority and KKR would struggle to turn TIM around without its top investor onboard.

Vivendi has seen TIM shares lose 70% since it became a shareholder in mid-2015, against a 40% sector drop.

Two profit warnings from TIM since July, amid ferocious domestic competition and a costly soccer rights deal with Dazn, have strengthened Vivendi’s hand in demanding a change at the helm.

Having failed to stem TIM‘s revenue decline, CEO Luigi Gubitosi had presented the board with a project to squeeze cash from TIM‘s assets, including its prized fixed lines, but failed to win Vivendi’s backing, sources have said.

After the board met earlier this month at Vivendi’s behest to discuss TIM‘s woes, a new meeting on the company’s performance has been called for Friday.

Following KKR‘s approach, the board is also expected to decide whether to grant access to data for the four-week due diligence analysis KKR has requested before a proper offer.

Two people close to the matter said Friday’s board meeting could be pushed back, which would give directors more time to study the file. One of the sources said it could be delayed by a week.

Meanwhile, TIM‘s nomination committee meets on Wednesday and the risk control board on Thursday to discuss the situation after the biggest shareholder challenged the CEO.

Vivendi wants to get directly involved in discussions over TIM‘s fixed assets, sources have said, as stalled plans to spin them off and merge them with those of rival Open Fiber get fresh impetus.

Such assets are deemed strategic by the government which has created a special committee to follow developments with KKR‘s approach. After a first meeting on Monday night, Industry Minister Giancarlo Giorgetti, one of its members, on Tuesday said the government would assess any project concerning a strategic asset such as TIM‘s network when it has the details.

State investor CDP has taken a 10% stake in TIM to oversee the network and is expected to play a key role in any plans to carve out the grid.