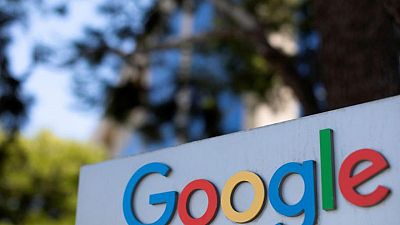 JAKARTA – Indonesian authorities are assessing a draft bill that could compel tech giants like Facebook and Google to negotiate with media firms for fairer revenues, media groups said on Tuesday, a move inspired by a groundbreaking new Australian law.

Wenseslaus Manggut, chairman of Indonesia’s cyber media association (AMSI), which was involved in drafting the bill, told Reuters the aim was to ensure fairer revenues for outlets that produce core news and “good journalism”.

Algorithms of big tech companies can have a significant impact on income for digital news media, by determining how prominently an article appears in a Google search or on a Facebook news feed.

The draft, seen by Reuters, has yet to go to parliament. It calls for an agency to negotiate between media firms and tech companies, and also requires big tech firms to do more to filter content for hoaxes.

“Under the current ecosystem, clickbait is more profitable,” Wenseslaus said. “It’s hard to keep the integrity of journalism in this ecosystem.”

The Australian law has since March required Facebook and Alphabet’s Google to negotiate with Australian outlets for content that drives traffic and advertising to their websites.

Many small Australian publishers have struggled, however.

Ross Tapsell, a media lecturer at the Australian National University, said the bill would be more advantageous to bigger industry players with political connections.

“Ultimately the concern is the smaller, independent media companies – whose mission is public interest journalism – may not benefit from this arrangement,” he said.

About half of Indonesia’s digital advertising revenues go to Facebook and Google, according to Amir Suherlan, an advertising expert and managing director of the agency Wavemaker Indonesia.

Usman Kansong, from Indonesia’s communications ministry, said the bill could ensure better revenues for “quality” media organisations, but it was unclear if it would be standalone legislation, or incorporated into an existing law.