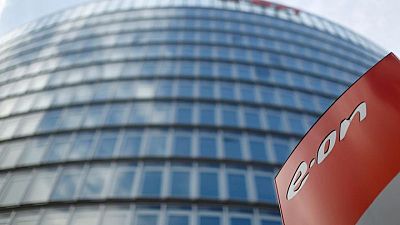 FRANKFURT/DUESSELDORF -E.ON’s plan to invest about 27 billion euros ($30 billion) in its networks and retail power activities by 2026 failed to impress investors on Tuesday, with shares in the German energy group falling as much as 4.3%.

Around 22 billion euros will be spent on E.ON’s power and gas distribution network, Europe’s largest, and 5 billion on services for its around 50 million customers across the continent, it said at its capital markets day.

At 1338 GMT shares in E.ON were down 4%, at the bottom of Germany’s benchmark index. One trader said the announced plans, which also include mid-term profit targets, contained “no positive surprise”.

Adjusted earnings before interest, tax, depreciation and amortisation (EBITDA) for its core business is expected to reach 7.8 billion euros in 2026, which would represent a compound annual growth rate of about 4% from 2021 to 2026, E.ON said.

As part of the five-year plan, E.ON is also targeting 2 billion to 4 billion euros in proceeds from asset sales and partnerships, as well as additional annual savings of 500 million euros by 2026.

CEO Leonhard Birnbaum, in the job since April, did not elaborate on which assets the company could sell and whether a 16.7% stake in uranium enrichment group Urenco was also on the list.

Its current dividend policy, which foresees an annual growth rate of up to 5%, will be extended by three years until 2026, it said.