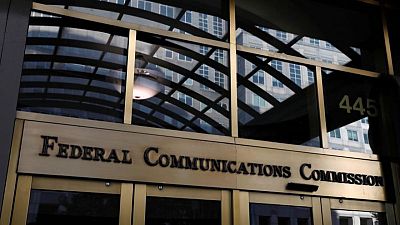 At issue are concerns of potential interference caused by the 5G deployment with sensitive aircraft electronics like radio altimeters.

“We’re now on the precipice of a dangerous situation in which the safety of flight hangs on the telecom industry’s decision regarding when to switch on its 5G networks,” said House of Representatives Transportation Committee Chair Peter DeFazio and Representative Rick Larsen, who chairs an aviation subcommittee, in a letter to FCC Chair Jessica Rosenworcel.

A spokeswoman for Rosenworcel did not immediately comment. On Thursday she told reporters she was confident concerns about air safety can be addressed.

Earlier this month, AT&T and Verizon Communications agreed to delay commercial launch of C-band wireless service until Jan. 5 after the Federal Aviation Administration (FAA) raised safety concerns even as telecom groups warn that a six-month delay in deployment could cost the U.S. $25 billion in economic benefits.

The FAA issued a Nov. 2 bulletin warning that action may be needed to address the potential interference caused by the 5G deployment.

The FAA may issue an emergency directive to airlines, and the lawmakers said it could include “draconian but necessary restrictions on many types of critical flight operations.”

The two lawmakers asked the FCC to prohibit 5G broadband use in the C-band until the FAA has conducted a robust risk assessment.

The FAA did not immediately comment on the letter Friday.

The lawmakers said Friday that after a year of discussions “we appear no closer to resolving the serious concerns that the use of the C-band for 5G would create harmful interference.”

They cited the 2009 Boeing 737-800 accident near Amsterdam as an example of how an “erroneous radio altimeter reading could potentially result in a fatal air disaster with multiple fatalities, even on a clear day.”

People briefed on the matter told Reuters that potential mitigation measures include small exclusion zones around airports, downward tilt of some antennas and reduced power levels to areas around airports.

A coalition of wireless and other trade groups on Thursday told the White House, “Further delays in launching C-Band could have serious consequences for our nation’s ability to leverage the economic growth associated with 5G.” They argue that there have no been C-Band aviation safety issues in other countries using the spectrum.

Boeing Co, Airbus SE and U.S. airlines have urged administration action to resolve concerns, saying 5G could “cause harmful interference to radio altimeters, which are crucial systems used by every commercial aircraft and helicopter.”

The Democratic lawmakers decried what they termed the FCC and telecom industry’s “deploy now, fix later” approach as “anathema to the strong safety culture we have created and nourished in aviation over the last 20 years.”

“In aviation, we never roll the dice with safety,” the lawmakers said. “We never run headlong into a possible hazard to the safety of flight without a full and complete assessment and mitigation of those risks.”