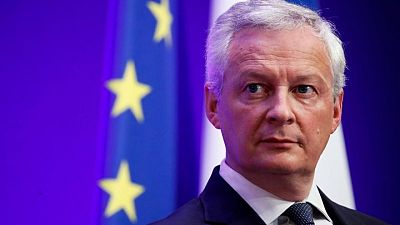 PARIS – France needs a multi-annual spending rule to bring its post-COVID public finances under control, the Organisation for Economic Cooperation and Development said on Thursday as it raised its growth forecasts.

The recovery of the euro zone’s second biggest economy has surpassed most expectations this year as consumer spending bounded back following a mass vaccination campaign.

The government’s support measures for the economy during the crisis left the public finances severely strained and debt at record levels, just as France plans major investments to decarbonise the economy and faces growing costs from an aging population.

With public spending already among the highest the world at nearly 60% of GDP, the OECD said France needed a multi-annual spending rule, which it said had a positive track record in curbing deficits in other high spending countries like Sweden.

It said that would force the government to rationalise spending with in-depth reviews to ensure that money is well spent, which the OECD said was not always the case given the myriad of public bodies at different levels.

While Finance Minister Bruno Le Maire has supported a multi-year spending rule and even writing it into the constitution, President Emmanuel Macron has so far not come out in favour or against.

The OECD also said France’s pension system was too fragmented and spending too high. Macron shelved reform plans for now last week with a presidential election looming next April.

As France like many European nations falls behind on its CO2 reduction targets, the OECD said it needed not only to boost green investment but also phase out tax breaks polluters benefit from and raise more environmentally friendly taxes.

Macron scrapped a carbon tax in 2018 after it helped spark off waves of the most violent street demos in decades and triggered a broader anti-elite movement named after the high-visibility yellow vests protestors wore.