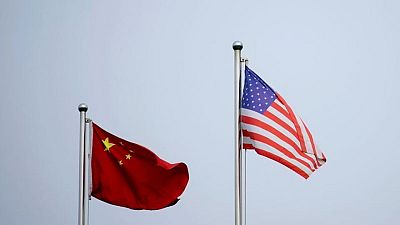 By Patricia Zengerle and David Shepardson

WASHINGTON – The U.S. Senate delayed a procedural vote on a $750 billion annual defense policy bill on Wednesday as members of Congress argued over plans to attach it to legislation to boost U.S. technology competitiveness with China.

Senate Democratic Majority Leader Chuck Schumer set a morning procedural vote on the National Defense Authorization Act (NDAA), but it had not taken place by evening and lawmakers said it could slip until later in the week.

Schumer said Monday he planned to add the U.S. Innovation and Competition Act (USICA) to the NDAA, hoping to get it passed so President Joe Biden can sign it into law this year, or at least to spur the House of Representatives into action.

As one of the few major bills passed every year, the NDAA acts as a vehicle for a range of policy matters.

The Senate passed USICA with bipartisan support in June. But the House never took up the Senate-passed measure. House leaders said they wanted to pass their own bill, but never did so.

Senator Maria Cantwell said the Senate got ahead of the House on USICA, but Congress must act. “America’s R&D infrastructure needs to be dusted off,” Cantwell told reporters.

The plan to combine USICA and the NDAA faces opposition. Senator Jim Inhofe, the top Senate Armed Services Committee Republican, said USICA included too much that was not germane to defense.

Other lawmakers said the combined bill gave too much money to corporations.

Senator Bernie Sanders, who caucuses with Democrats, said in the Senate that the combined bill would be worth more than $1 trillion in one year. Too much of that, he argued, would go to high-profit defense contractors as well as to semiconductor firms who have shifted manufacturing to China, taking away U.S. jobs and contributing to the current worldwide chip shortage.