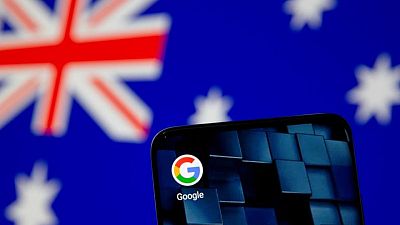 SYDNEY -Google will spend A$1 billion ($736 million) in Australia over five years, the internet giant said on Tuesday, resetting ties months after a threat https://www.reuters.com/article/us-australia-media-google-idUSKBN29R04O to pull its services to avoid tougher government regulation.

The main operating unit of Alphabet Inc said it planned to expand cloud infrastructure, set up a research hub staffed by Australian researchers and engineers, and partner with science agency the Commonwealth Scientific and Industrial Research Organisation (CSIRO).

Prime Minister Scott Morrison called the plan a “A$1 billion vote of confidence” in Australia, and said it would “bring more STEM jobs to our shores”, using the acronym for science, technology, engineering and mathematics.

At a parliamentary hearing in January, Silva said Google might block its search engine in Australia to avoid new laws forcing the company and social media operator Facebook Inc to pay news outlets for content posted to their websites.

However, the law went ahead and Google backed away from its threat. Google and Facebook instead struck licencing deals with most of Australia’s main media companies.

The federal government is scheduled to begin a review of the law’s effectiveness in March.

Australia has also said it plans to make large internet companies take legal responsibilty for defamation and misinformation hosted on their platforms, a change which the technology sector has largely opposed.

The Australia Institute’s Centre for Responsible Technology, a think tank, said the spending commitment made a “great headline” but “simply paying tax on Australian earnings would deliver far more money to Australia”.

Google paid less than 1% tax on Australian annual earnings of about A$5 billion, and “when big tech offers to put money into a nation there are always strings attached”, said centre director Peter Lewis.