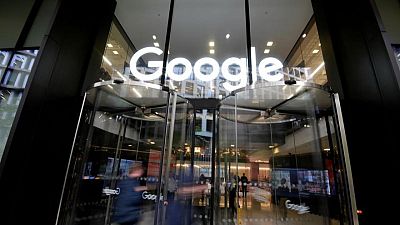 LONDON – The UK Supreme Court has blocked a planned 3.2 billion pound ($4.3 billion) British class action against Google over allegations the internet giant unlawfully tracked the personal information of millions of iPhone users. Britain’s top judges unanimously granted a Google appeal against the country’s first such data privacy case on Wednesday, a move that upsets a string of similar claims waiting in the wings against companies such as Facebook and TikTok.

The landmark case led by Richard Lloyd, a consumer rights activist and the former director of Which? magazine, sought to extend Britain’s class action regime to include compensation claims for alleged misuse of data – even if there is no obvious financial loss or distress.

“We are bitterly disappointed that the Supreme Court has failed to do enough to protect the public from Google and other Big Tech firms who break the law,” he said.

His lawyer, James Oldnall from law firm Milberg, called it a “dark day when corporate greed is valued over our right to privacy”.

Google said it had focused for years on products and infrastructure that respect and protect people’s privacy, and that the claim was related to events that took place a decade ago and had been addressed at the time.

British business also welcomed the ruling. The Confederation of British Industry (CBI) said allowing such a case could have put a chill on investment and impacted firms across the economy.

“The Supreme Court has recognised that the ‘loss of control’ of an individual’s personal data is not, in and of itself, sufficient to found a collective action for compensation,” said Kate Scott, a partner at law firm Clifford Chance.

“Data litigation will undoubtedly continue, but with a focus on claims where actual damage has been suffered – which is the right outcome for all businesses, and not just big Tech like Google.”

Under a U.S.-style representative or class action, a group of people affected by the same issue are represented by a single person and are automatically part of a lawsuit, without individually signing up, unless they opt out.

Proponents of such lawsuits say they allow access to justice for those with small individual claims or without sufficient financial resources to take on often large, powerful companies.