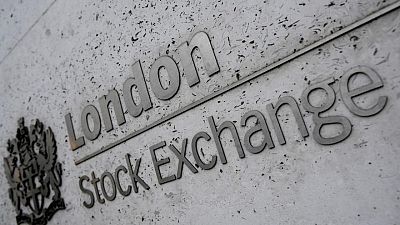 -London’s FTSE 100 ended higher on Friday, led by banks and energy stocks, while British Airways parent IAG jumped on recovery hopes despite warning of a big loss in 2021.

The pound extended its decline, down 0.1%, having recorded its worst day in over a year on Thursday, further boosting the export-heavy FTSE 100 index and dollar earner companies like British American Tobacco, Unilever and Diageo.

“Consumer stocks have taken the cue from the MPC‘s assessment the economy is on a positive trajectory,” said Kunal Sawhney, CEO of Kalkine Media.

“Despite the GDP forecast being revised downward by a percentage point, the demand is likely to sustain, which will help the consumer stocks to continue the momentum gained recently,” he added.

The banking sector rose 1.1%, rebounding from its worst session in over a month in the prior session, despite the UK’s 10-year government bond yields recording a one-month low after a surprise decision by the Bank of England on Thursday to hold off on raising interest rates.

The FTSE 100 rose 1% this week, underperforming the 2% increase in the UK’s mid-cap index and a 1.8% weekly gain in the wider European stock aggregate, bogged down by volatile commodity prices and heavy losses in the banking sector on Thursday following the BoE’s rate decision.

The domestically focussed FTSE 250 index was up 0.4%, closing at a month high aided by consumer discretionary stocks.

IAG gained 6.1% after the British Airways owner said its is “very optimistic” about the reopening of transatlantic travel and planning to ramp up capacity on those routes next year, after reporting big loss in 2021.

Other British travel stocks like Wizz Air and Easyjet, gained 2.8% and 6% respectively.