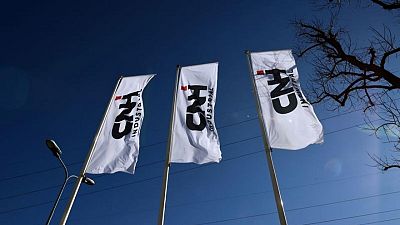 MILAN – CNH Industrial said on Wednesday it had entered into an exclusive, multi-year licensing agreement for electrification technologies with Monarch Tractor, a U.S company focused on fully-electric autonomous tractors.

The deal marks a further step in efforts by the Italian-American vehicle maker to bolster its agricultural businesses, while preparing to spin-off its lower-margin truck, bus and engine operations.

CNH Industrial, which already owns a minority stake in Silicon Valley-based Monarch Tractor, said in a statement that electrification and machine automation were key elements of its strategy to become an even stronger technology leader in agriculture.

“We are confident that the new pathways provided by Monarch will rapidly strengthen our competitive position in sustainable precision farming,” Chief Executive Scott Wine said.

No financial details of the agreement were provided.

The agreement is based on the launch of a scalable, modular electrification platform for low horsepower tractors, that will be developed across multiple product families in the coming years, CNH Industrial said in a statement.

“This partnership allows CNH Industrial to enhance its electrification capabilities and to develop new electric platforms more quickly,” Equita analyst Martino De Ambroggi said in a note, adding more details on the scope of the agreement and electrification strategy were expected.

CNH Industrial will complete early next year a plan to spin off and separately list under the Iveco Group name its truck and bus units along with its FPT engine division.

After the spin-off CNH, which is controlled by Exor, the holding company of Italy’s Agnelli family, will retain its construction equipment business.