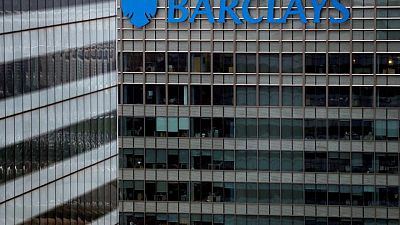 LONDON – Barclays’ Chief Executive Jes Staley unexpectedly left the bank on Monday due to a dispute with British financial regulators over how he described his ties with convicted sex offender Jeffrey Epstein.

He will be replaced by C.S. Venkatakrishnan, widely known as Venkat, who was previously Head of Global Markets.

Here are five facts about Venkat.

Venkat is one of a cadre of Barclays senior executives poached from rival JPMorgan along with Staley. They include Global Head of Investment Banking Paul Compton, who was also Staley’s right-hand man in the reorganisation and streamlining of Barclays’ various group entities in recent years.

Others include Tushar Morzaria, who was Chief Financial Officer of the U.S. lender’s investment bank before taking up the CFO role at Barclays under Staley, and Ashok Vaswani who worked at a JPMorgan-funded private equity firm and now heads Barclays’ consumer banking division.

Although Staley’s departure is sudden, the British lender says it has had succession planning “in hand for some time”. The bank said in its stock exchange announcement on Monday that it had reviewed potential external candidates for the top role but identified Venkat as its preferred candidate over a year ago.

Barclays shook up its top ranks in September 2020, promoting Venkat from group chief risk officer to head up global markets to give him a run at leading the lender’s critical investment banking unit.

Barclays will be hoping Venkat’s experience as group chief risk officer – from 2016 to 2020 – will make him a safe pair of hands after Staley’s controversial tenure.

While in a senior risk job at JPMorgan, he flagged the potential for massive losses from a derivatives trade – a scandal later known as the “London Whale” that led to a $6.2 billion loss.

A U.S. Senate investigation found some losses could have been averted if JPMorgan had listened to Venkat’s warning, Bloomberg reported this month, adding Venkat was known for his unflappability and fondness for emojis even in a crisis.

Venkat has a bachelor’s degree, a master’s and a PhD from the Massachusetts Institute of Technology.

Venkat will be on a higher base salary than his predecessor, amid a red hot recruitment market as banks largely put COVID-19 costs behind them. Venkat will receive 2.7 million pounds ($3.69 million) in fixed pay – half in cash and half in shares. Although that tops Staley’s 2.4 million pounds a year, it’s still a cut from Venkat’s – undisclosed – fixed pay as head of global markets, Barclays’ board said.

Venkat will also be eligible for a bonus up to a maximum of 93% of his fixed pay and long term incentives up to 140% of fixed pay per year, as well as a cash payment in lieu of pension of 135,000 pounds a year.

Venkat is likely to pursue the same strategy as Staley at least in the near term, according to an internal memo to staff seen by Reuters on Monday.

“Jes has been my manager, mentor and friend for many years,” he wrote.

“The strategy we have in place is the right one, and we will continue our existing plans to transform our organisation and build on our financial prowess.”