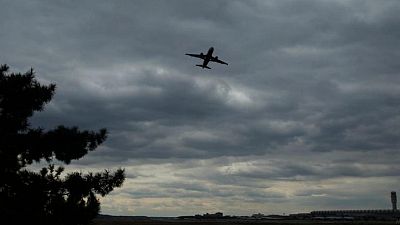 WASHINGTON – The Federal Aviation Administration (FAA) has raised significant concerns about a plan to use spectrum for 5G wireless networks on aviation safety and is planning to issue a formal warning about the issue, according to sources and a letter seen by Reuters.

The aviation industry has voiced alarm about the plan to use C-Band spectrum for more than a year. Network carriers are expected to begin using the spectrum starting Dec. 5 starting in 46 markets.

FAA Deputy Administrator Bradley Mims in a previously unreported Oct. 6 letter said the agency shares “the deep concern about the potential impact to aviation safety resulting from interference to radar altimeter performance from 5G network operations in the C band.”

An FAA spokeswoman said Friday it “continues to engage with other agencies so that aviation and the newest generation of 5G cellular technology can safely coexist.”

The Federal Communications Commission said Friday it remains committed to ensuring air safety as the agency’s successful track record demonstrates, while moving forward with the deployment of new technologies that support American business and consumer needs.”

The FAA held a lengthy Oct. 14 meeting with the aviation industry on the issue. FAA and FCC officials have held numerous discussions about the issue, the sources said.

The FAA is planning to soon issue a Special Airworthiness Information Bulletin and an airworthiness directive about the issue, two officials told Reuters, confirming a Wall Street Journal report.

The aerospace and airline sector met with the FCC in August https://ecfsapi.fcc.gov/file/1081157361951/Aviation%20and%20Aerospace%20Ex%20parte%20Notice%20Aug%206%202021%20w%20OET%20WTB%20IB.pdf, warning without changes “major disruptions to use of the National Airspace System can be expected from the rollout of 5G” and added the FAA will be forced to “drastically reduce aviation operational capacity.”

One longer-term solution is retrofitting some altimeters with “out-of-band filters,” but it would likely take years and “many thousands of civil aircraft are likely to be impacted, the aviation industry said.