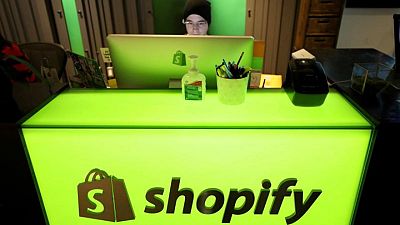 -Canadian e-commerce giant Shopify Inc reported a 46% rise in quarterly revenue as consumer spending “normalizes” after a year of a pandemic-fueled online shopping frenzy, sending its shares up 9%.

The widespread shift to e-commerce at the height of the pandemic had brought a wave of new business to Shopify, which provides infrastructure for retailers to set up their stores online and generates revenue mainly through subscriptions and merchant services.

However, on a call with analysts, Shopify executives flagged “pressures in supply chain” for the key holiday shopping season.

Companies across the globe have sounded alarm bells on supply issues that have pushed costs higher and made some products scarce.

Shopify raked in billions of dollars over the past year, growing quarterly revenue by over 90% in four of the last six quarters.

It has been able to maintain a healthy growth rate even as people stepped out of their homes and bigger rivals like Amazon.com Inc bolster their offerings to retain customers.

“The strength of Shopify’s flywheel was on display within the more normalized spending environment we saw this past quarter, as more merchants used more of our platform to start and grow their businesses,” said Shopify’s finance chief, Amy Shapero.

The company’s subscription solutions revenue jumped by 37% to $336.2 million in the quarter ended Sept. 30.

Analysts are optimistic about Shopify’s business model, which is driven primarily by mom-and-pop stores.

The company’s total revenue was $1.12 billion, narrowly missing expectations of $1.14 billion, according to Refinitiv data. Its adjusted profit of 81 cents per share also came in below an estimate of $1.18.