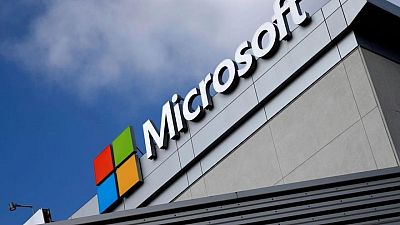 – Microsoft Corp on Thursday said it plans to work with community colleges across the United States to fill 250,000 cybersecurity jobs over the next four years.

“Over the next three years, we’ll put many tens of millions of dollars behind this effort,” Microsoft President Brad Smith said in a press briefing. “This is an opportunity for us to get started. This is not the ceiling on what we’ll do.”

Microsoft’s efforts come as the United States has faced some of the broadest and most sophisticated hacks it has ever seen, including the SolarWinds attack that U.S. officials say hit scores of entities, including many in the federal government. President Joe Biden held a meeting https://www.reuters.com/article/usa-cyber-biden-idAFL1N2PW1YR with Microsoft and other large technology companies in August aimed at improving technology supply chain security.

Jobs emerged as a key concern from the White House meeting, with officials saying half a million jobs remain unfilled.

Smith said many of the customers that Microsoft works with that have suffered hacks could have prevented or mitigated hacks by putting better practices in place, but many lack the cybersecurity personnel to do so.

“We clearly need to move quickly to train people to fill what are, frankly, great jobs in our view,” Smith said, noting the jobs had average pay of more than $105,000 and that for every two jobs that are filled, one remains open.

(This story corrects number of entities affected by SolarWinds hack in paragraph 4. While more than 18,000 downloaded the affected software, officials said fewer than 100 were targeted by attacks.)