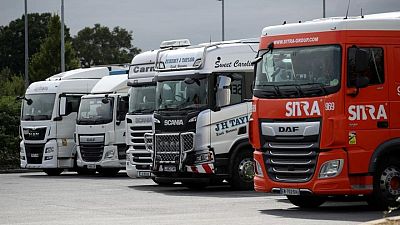 FRANKFURT – Most euro zone companies are bracing for another year of supply disruptions and expect to pass on their rising costs to clients, the European Central Bank said on Friday.

The ECB met with 68 large companies operating in the euro area outside the financial sector in early October, finding they were optimistic about the economic outlook for the last quarter of the year and beyond.

But just over 30% of the companies also said they expected supply constraints and higher input costs to last for another year or longer, with a slightly lower percentage of respondents indicating they would continue for between six and 12 months.

“Supply chain disruption was likely to persist for several months before gradually easing in the course of 2022, while more substantial capacity investments would take effect in 2023,” the ECB said in an economic bulletin article.

Some two-thirds of respondents, particularly in the wholesale sector, expected to pass on “a lot” or some of their rising costs to their clients.

They also reported “a scarcity of applicants” for jobs as people changed profession, country or lifestyle. This, along with higher consumer prices, was expected to result in wage increases.