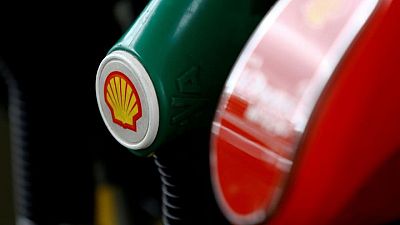 -Hedge fund Third Point has built a large stake in Royal Dutch Shell and called on the oil major to split into multiple companies to increase its performance and market value.

Billionaire investor Daniel Loeb’s New York-based firm, which has successfully pushed for strategy changes at other companies, owns roughly $750 million in Shell, according to a person familiar with the matter. Shell’s market value is nearly $190 billion.

Shell, like other big oil companies, faces mounting pressure from investors and governments to de-carbonize its operations. It has shed fossil fuel businesses while increasing its stake in renewables.

Loeb told clients in a letter that Shell has an “incoherent” set of strategies for its various oil, chemicals, trading and renewables businesses because of these pressures. There is room for “improvement across the board at Shell,” he wrote.

Shell, which is expected to report third-quarter results on Thursday, confirmed it has had preliminary talks with Third Point. It “regularly reviews and evaluates the company’s strategy with a focus on generating shareholder value,” the statement said.

Loeb’s letter did not say how many separate companies it wants Shell to form. The about 114-year-old oil giant should consider separating its legacy energy business from its liquefied natural gas, renewables and trading businesses, the letter said.

“Shell has too many competing stakeholders pushing it in too many different directions,” the billionaire investor wrote to his clients in a letter seen by Reuters. Shell would benefit from a different structure that would let it cut costs and invest more aggressively in decarbonization, he added.

In its second quarter, Shell’s reported $5.53 billion in adjusted earnings the bulk of which came from oil and natural gas, $1.3 billion from refining, trading and marketing, and $670 million from chemicals.

However, Loeb said Shell’s last two decades have been difficult for shareholders with annualized returns of just 3%. The company’s American Depository Receipts rose 2.5% on the news of Third Point’s involvement.

Third Point’s focus on Shell comes amid broader investor scrutiny of Big Oil. Hedge fund Engine No. 1 took a $40 million position in Exxon Mobil and won three seats on its board this year.

Third Point, which manages about $17 billion in assets, has previously pushed insurer Prudential Plc to break up and urged chip maker Intel Corp to explore separating its chip design from its semiconductor production.

The hedge fund has returned 29.5% in the first three quarters of 2021 and its Third Point Offshore Fund has returned an average 15.5% a year over the last 25 years, nearly double the CS Hedge Fund Event-Driven Index’s 7.3% increase.

Smaller Shell rivals Eni and Repsol have already flagged plans to spin off parts of their renewables businesses to help finance their transition to offering more lower-carbon products.