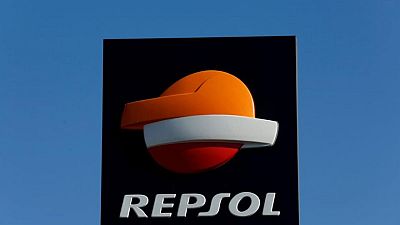 MADRID -Spanish energy company Repsol on Thursday said it would raise its dividend and buy back shares after strong oil and gas prices helped to lift third-quarter profit above pre-pandemic levels.

Global energy prices have soared as economies rebound from the coronavirus crisis, generating cash that can be returned to shareholders and spent on the low-carbon strategies investors are increasingly demanding to contribute to the fight against climate change.

It also bumped up 2021 guidance for its favoured earnings metric before interest, tax, depreciation and amortisation (EBITDA) by 600 million euros to around 6.7 billion euros, on the back of high prices and strong refining margins.

Despite the apparently positive news, shares fell on a flat Madrid stock exchange and were quoted almost 4% lower on the day by 1046 GMT. The wider STOXX Europe 600 oil and gas index was down around 0.85% with oil prices dipping on the day.

Analysts at Jefferies noted that the company had already suggested earlier this year it would increase its dividend and bring forward a buyback programme.

Repsol pledged to reduce the equivalent of 4.9 percent of its capital, buying back 35 million shares and redeeming treasury shares.

“That brings Repsol into the buyback club in Europe earlier than initially expected and signals confidence around their strategy which we like,” Bernstein analysts said in a note.

Repsol’s quarterly profit of 623 million euros, came above an average forecast of 582 million euros drawn from a poll of analysts conducted by the company.

Jefferies also said it had calculated that net income would have been 6% lower than market consensus once adjusted for gains in the market value of Repsol’s treasury shares.

The company said its realisation price per barrel of oil was 68% higher in the three months to September than in the same period last year, while the gas equivalent shot up by almost 114%.

Shell reported a drop in earnings on Thursday, missing expectations, while TotalEnergies reported a sharp rise.