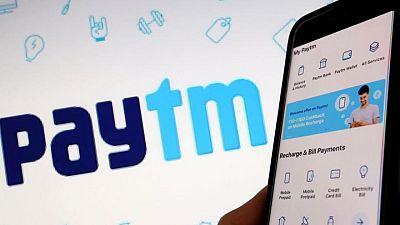 By Sankalp Phartiyal and Chris Thomas

Paytm was likely to target a price band of 2,080-2,150 rupees per share for the IPO for a likely valuation of around $20 billion, a source directly aware of the matter told Reuters.

The company increased the size of its IPO as it received increased investor demand, said the source, who did not wanted to be named as the information was not public.

Paytm did not immediately respond to a Reuters request for comment.

Several companies including Paytm have jumped into India’s capital markets as investors ride a wave of liquidity that has taken domestic markets to record highs. Food delivery firm Zomato, which also counts China’s Ant Group as a shareholder, is up 77% since its listing in July.

Paytm’s offering will open on Nov. 8 and will see top investor Ant Financial sell shares worth 47.04 billion rupees, or nearly half the offer for sale component. Ant currently holds 183.3 million shares, or a 27.9% stake, in Paytm.

The IPO is likely to be the biggest in India’s corporate history, breaking a record held by Coal India, which raised 150 billion rupees more than a decade ago.