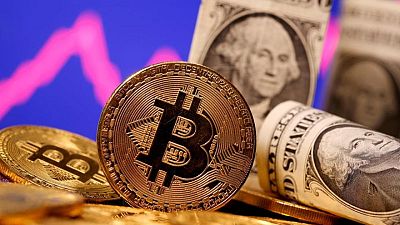 NEWYORK – Cryptocurrency products and funds had record inflows last week to the tune of $1.5 billion, their 10th straight week of investments, as optimism soared with the trading of bitcoin exchange traded funds, a report from digital asset manager CoinShares showed on Monday.

Inflows so far this year hit $8 billion, far exceeding the record set for the whole of 2020 of $6.7 billion, the data showed as of the week ended Oct. 22.

Total assets under management also hit a new record of $79.2 billion, although it ended the week at $76.7 billion.

The bulk of inflows for the sixth straight week went to Bitcoin, with $1.45 billion, data showed. Inflows to the world’s largest cryptocurrency year-to-date amounted to $6.1 billion.

“Bitcoin hitting new all-time highs shows both how far we’ve come and the capacity bitcoin has to upend the financial system and create a global economy, linking the developed and emerging markets like never before,” said Ray Youssef, co-founder and chief executive officer of Paxful, a global peer-to-peer fintech platform.

“While this recent price rally can be attributed to movements like the approval of the first bitcoin ETF for institutional investors, we can’t ignore the impact of significant development and adoption in emerging markets,” he added.

Ethereum, meanwhile, saw outflows for a third consecutive week totaling $1.4 million. CoinShares believed that the outflows were due to minor profit-taking as the price approaches record highs. Ether, the currency for the Ethereum blockchain, last exchanged hands at $4,224.30, up 3.5%.