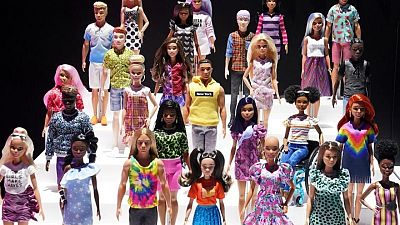 -Mattel Inc on Thursday raised its 2021 sales forecast, saying it would overcome industry-wide shipping disruptions to ring in a strong holiday season steered by Barbie and Hot Wheels, driving its shares 6% higher in extended trading.

The company has pulled forward production, contracted more ocean freight capacity and secured access to additional ports to keep up supply during the most crucial time of the year for toymakers, Chief Executive Officer Ynon Kreiz told Reuters.

While demand for toys is at an all-time high, severe global supply chain bottlenecks have threatened to keep store shelves empty this holiday season, leaving retailers and suppliers scrambling for ways to speed up product shipments.

“We’ve been working through supply chain disruptions, it’s not a normal year. But even with that, we expect to have lots of toys under trees this Christmas holiday,” Kreiz said.

Mattel said it expects full-year constant currency net sales to increase about 15%, compared with its prior forecast for a 12% to 14% rise.

“Larger players in the business, Mattel and Hasbro being the biggest of the bunch, have much deeper pockets and can throw more money at the problem than a lot of independent toy companies,” Zahn said.

Mattel’s net sales rose 8% to $1.76 billion in the third quarter, helped by higher prices and as customers looking to keep their children entertained during the pandemic snapped up Hot Wheels cars and Barbie dolls.

Analysts had estimated sales of $1.69 billion, according to IBES data from Refinitiv.