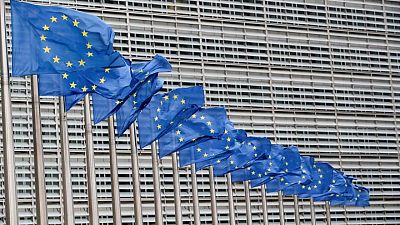 WASHINGTON – Europe should not see an inflation spiral as a spike in energy prices is expected to fade next year and there is slack in the continent’s labor market, the IMF European department chief said on Wednesday.

“We don’t at this stage, expect any inflation spiral in Europe,” IMF European Department Director Alfred Kammer told a news briefing. “The high inflation which we are seeing right now is really driven by … an increase in energy prices, and we expect that to fade out during 2022.”

Kammer said that a supply-demand mismatch on energy was partly due to the restart of economic activity and other factors such as the weather.

He said consumer price increases in the euro zone seen so far were not translating into second-round wage increases, partly because of slack in the labour market, with hours worked still 3% below pre-pandemic levels.

“Generally, the underlying inflationary momentum in the euro area is just not there,” he added.

Should euro zone inflation concerns increase, the European Central Bank would be able to react to control them, he said.

Kammer also said the story was different for Europe’s emerging economies, which had stronger growth, higher inflation going into the pandemic and shallower recessions last year.

“What we are seeing there, is that some inflation expectations in these countries have inched up,” Kammer said. “Because there is less slack in the labor market and some are already at full employment, there is a higher likelihood that could translate into wage increases and give rise to the price spiral.”

Several of these countries had taken action to tighten monetary policy, and the IMF had recommended that these emerging countries taper asset purchases, Kammer said.

“They should taper out and we should not see large second-round (inflation) effects after we see the action by central banks,” he said.