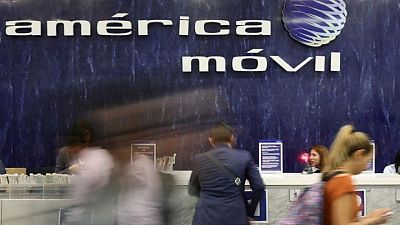 MEXICOCITY – Mexican telecommunications company America Movil said on Wednesday it was “ready” to launch a 5G market in Mexico and it expects to close a deal to sell its Tracfone unit by year-end.

Verizon said last year it would buy prepaid mobile phone provider Tracfone, a unit of America Movil that serves about 21 million customers, in a more than $6 billion acquisition. The attorneys general of 16 U.S. states and the District of Columbia urged the FCC to thoroughly investigate the deal.

“We think we can close the Tracfone transaction before year-end,” said Chief Executive Officer Daniel Hajj.

Executives were speaking in a call with analysts on Wednesday after the company on Tuesday reported a 16% drop in third-quarter net profit in part due to foreign exchange pressures, but posted strong gains in wireless subscribers.

America Movil, controlled by the family of Mexican billionaire Carlos Slim, said a global chip shortage that hit automakers and tech companies had contributed to a lack of mid- to lower-price point mobile handsets for Tracfone.

“We don’t have enough handsets to sell,” Hajj said.

Tracfone is one of the largest providers of telecommunications services under a U.S. government subsidy program known as Lifeline that caters to low-income subscribers.

The company said it was “ready to launch 5G in Mexico,” but did not offer a time frame.

“We do everything to be ready for 5G, we still don’t know exactly when we’re going to launch, but we are ready to launch 5G in Mexico. We have a good network,” Hajj said.

America Movil said in September it would sell 100% of its Claro Panama unit to Cable & Wireless Panama, a unit of Liberty Latin America. Hajj said the decision was due to Panama’s market being “not that big a space for us to grow.”

The company said it did not anticipate any issues over regulatory approvals for a second deal in which it will combine Chilean operations with Liberty Latin America to form a joint venture.