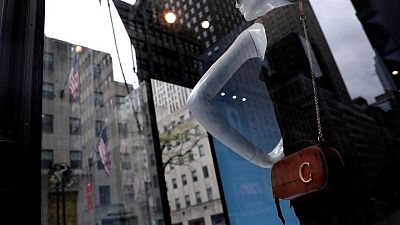 Luxury goods groups have bounced back strongly from the fallout of the health emergency, lifted by pent-up demand for high-end wares as lockdowns ease across the world and consumers return to socialising.

However, shopping by travelling tourists – a key source of revenue for the sector – remains well below pre-pandemic levels.

Overall sales at Kering rose by 12.2% on a comparable basis, which strips out the effect of acquisitions and currency fluctuations, a touch above an analyst consensus forecast for an 11% increase.

The group flagged a strong performance in the United States and improving sales in western Europe but a resurgence of COVID-19 cases in late July and August weighed on revenue in the key Asia-Pacific region, where Gucci sales were down 3%.

The label, which accounts for more than half of annual sales, has been losing steam compared to some rivals after years of stellar growth, becoming the main focus for investors.

Analysts had expected revenue at Gucci to rise by 9% in the three months to end-September after an 86% surge in the previous quarter. By comparison, LVMH‘s fashion and leather goods division, home to Louis Vuitton and Dior, posted a 24% increase in third-quarter sales.

“We expect a very intense end of the year,” he said, noting the collection had been well received in markets around the world.

He added the group was looking to support the brand with investments in events, communication, stores and recruitment, efforts that would hit the brand’s margin growth in the second half.

Sales of smaller fashion labels Yves Saint Laurent and Bottega Veneta grew briskly over the quarter, led by double-digit growth in North America and Europe, while their performances were also more muted in the Asia-Pacific region.

Asia has been a key growth driver for the luxury sector, in particular China which is being closely watched by luxury investors concerned that government measures aimed at reducing the wealth gap and slower economic growth could dampen appetite for high-end goods.