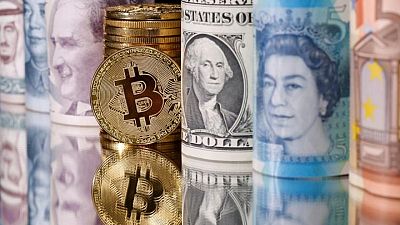 LONDON – Asset-backed stablecoins do not pose a systemic risk to the U.S. financial system and should not face a new set of rules, a major cryptocurrency lobby group told U.S. regulators on Monday, as tighter oversight of the fast-growing technology looms.

Stablecoins – digital tokens usually backed by reserves of dollars or assets from gold to other cryptocurrencies – have ballooned during the COVID-19 pandemic.

As a result, the President’s Working Group on Financial Markets – which comprises top U.S. regulators including the Treasury and Federal Reserve – is focusing on them as part of wider efforts to rein in crypto.

The group is widely expected to publish in the coming months a report detailing the risks and opportunities of stablecoins.

In a letter to the group seen by Reuters, the Washington- based Chamber of Digital Commerce said retail-focused stablecoins pegged to the dollar should not be subject to a new set of rules “simply because new technology is being deployed”.

Stablecoins are “not at significant scale to merit a separate, compulsory regulatory regime,” it said, adding that they should be treated like other retail-focused digital payment tools, and not as an investment product.

Proponents say stablecoins could revolutionise payments by avoiding the volatility of bitcoin while offering the same advantages of speed and low-cost. But they are more widely used for crypto trading than payments, with their growing size grabbing the attention of financial watchdogs.

Current regulation is patchy across the globe. The size and nature of reserves held by stablecoin issuers is typically not subject to the same oversight as is the case for reserves held by commercial banks.

The value of Tether has jumped to $69 billion from $15 billion a year ago, according to CoinMarketCap. USD Coin has also soared in the same period, nearing $33 billion from just $2.7 billion.

Global regulators said this month that stablecoins would have to comply with the same safeguards as more traditional competitors in payments.

In the United States, stablecoins are subject to a patchwork of state-based rules as well as oversight from some federal agencies.

Opposing a new set of rules, the chamber also called for “well-regulated” U.S. stablecoin companies to have access to Federal Reserve payments infrastructure.