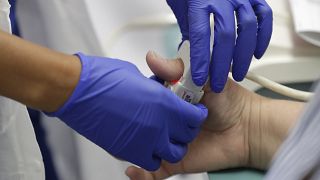 Portugal has moved a step forward in stamping out gay prejudice in blood donation programmes.

The move was made amid reports that some citizens are being turned away due to their sexual orientation.

The Portuguese Constitution forbids discrimination based on sexual orientation, and prejudice in blood donations has been specifically prohibited since 2010.

But some health workers have allegedly refused to accept homosexual and bisexual donors, claiming their sexual behaviour places them at a heightened risk for transmissible diseases.

Portugal's governing Socialist Party said it had received reports of discrimination, specifically from gay men who went to donate blood at health departments and -- despite the rules -- were told they couldn’t.

The new law that comes into force says health services "cannot discriminate between donors based on their gender identity or sexual orientation".

The penalties for any discrimination will depend on what charges are brought, though the most likely punishment would be a fine or a suspension.

Austria to lower hurdles for LGBT+ citizens to donate blood