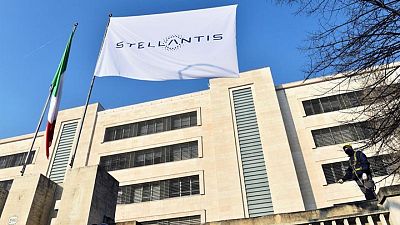 MILAN – Stellantis’ Alfa Romeo will roll out a new model each year to 2026, starting with Tonale’s SUV next year, the brand’s head Jean-Philippe Imparato said on Wednesday.

Stellantis, the world’s fourth largest carmaker, formed earlier this year though the merger of Fiat Chrysler and France’s PSA, has pooled its Alfa Romeo, Lancia and former PSA‘s DS brands to cooperate on the premium market.

“Alfa Romeo will launch a new model every year until 2026,” Imparato told an Italian dealer’s event, in comments later confirmed by a Stellantis spokesman.

Starting form 2027, all Alfa Romeo new vehicles would be electric, he said.

The Alfa Romeo Tonale, whose production was initially expected to start by the end of 2021, will be presented in March next year, with sales in Italy to begin in June, Imparato said.

Lancia’s head Luca Napolitano told the same event he had presented Stellantis CEO Carlo Tavares with a 10-year plan for the brand, which is selling only one model, the small Ypsilon, and only in Italy.

The strategy aims to expand the brand to other European markets, including France, Germany and Nordic countries, with a focus on large cities, to complete the group’s premium offer from Alfa Romeo and DS, he said.

“Our target is to bring Lancia (…) to those markets where electric cars are sold, as we’ll produce electric cars only from 2026,” he told dealers in comments later confirmed by a Stellantis spokesman.

“I want to be in the high end of the market, not abandoning Ypsilon, but pushing Lancia beyond it,” Napolitano said, adding the brand will launch three new models by 2028.