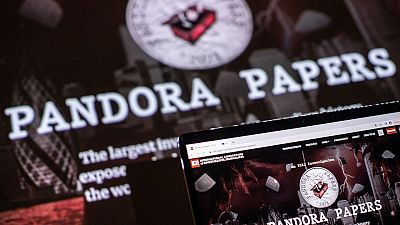 Following the Panama Papers in 2016, in which the ICIJ exposed those involved in one of the world’s leading firms incorporating offshore companies, the Pandora Papers are one of the biggest data leaks in history, revealing how the rich and powerful have been hiding their investments in mansions, exclusive beachfront property, yachts and other assets for the past quarter of a century.

Are you ready to open Pandora’s box? Here’s everything you need to know about the leak.

Who is implicated in the leak?

Links have been established by the ICIJ between offshore assets and a total of 336 top executives and politicians who created nearly 1,000 shell companies.

More than two-thirds of these companies were registered in the British Virgin Islands.

According to the documents unearthed by the ICIJ, King Abdullah II of Jordan created at least thirty offshore companies. Through these entities, he purchased 14 luxury properties in the United States and the United Kingdom for more than $106 million (€91,7 million).

As for billionaire Czech prime minister, Andrej Babiš, he placed $22 million (€19 million) in shell companies which were used to finance the purchase of Château Bigaud, a large property located in Mougins in the south of France.

Ecuadorian president Guillermo Lasso has lodged funds in two trusts headquartered in South Dakota in the US.

In most countries, there will be little to no legal consequences from these revelations for those involved. But in the case of leaders, the ICIJ noted how the anti-corruption discourse espoused by some of them doesn’t square with their investments in tax havens.

Just how big was the data haul?

ICIJ investigations are almost always illustrated by dizzying numbers uncovered during the course of their journalistic work.

In this case, the Pandora Papers comprise some 11.9 million documents - a 2.94-terabyte trove of information - leaked from the confidential records of 14 offshore service providers.

This data was shared with journalists in various formats.

"More than half of the files (6.4 million) were text documents, including more than 4 million PDFs, some of which ran to more than 10,000 pages," the ICIJ said.

"The documents included passports, bank statements, tax declarations, company incorporation records, real estate contracts and due diligence questionnaires. There were also more than 4.1 million images and emails in the leak".

Only 4 per cent of the files were structured with data organised in tables (spreadsheets, csv files and a few dbf files). Other records included slideshows and audio and video files.

"To explore and analyse the information in the Pandora Papers, ICIJ identified files that contained beneficial ownership information by company and jurisdiction and structured it accordingly. Each provider’s data required a different process," the consortium said.

In order to make sense of the more complex cases, the ICIJ used machine learning and other tools, - "including the Fonduer and Scikit-learn softwares to identify and separate specific forms from longer documents".

Who is the ICIJ?

The ICIJ is a unique organisation.

Founded in 1997, it was formed by journalists from across the world to facilitate the investigation of issues that didn’t stop at national frontiers, including cross-border crime, corruption and holding the powerful to account.

For the Pandora Papers, it took about 600 journalists from 150 media outlets in 117 countries, including London-based The Guardian, French newspaper Le Monde and German news site Die Zeit.

Its network now includes 280 investigative journalists in more than 100 countries and territories, as well as some 100 media partners.

The serial revelations of the ICIJ started in 2013 with the Offshore Leaks. The ICIJ obtains 2.5 million documents (emails, internal memos, accounting documents and more) concerning 122,000 offshore companies managed in Singapore and the British Virgin Islands.

China Leaks, the second installment of the Offshore Leaks revelations, were published in 2014 following translation difficulties. The consortium revealed the investments of Chinese dignitaries in tax havens, including several close to the Chinese head of state Xi Jinping.

In retaliation, the authorities blocked access to the websites of the ICIJ and collaborating media.

The Luxleaks followed at the end of 2014, which detailed a system of agreements between Luxembourg and 340 multinationals - including Apple, Amazon and Ikea - in order to minimise their taxes. The two whistleblowers Raphaël Halet and Antoine Deltour, who brought it to light, and journalist Edouard Perrin were indicted in Luxembourg for violation of trade secrets.

In 2015, the ICIJ unveiled the tax evasion practices of HSBC bank customers in the Swissleaks. Billions held in undeclared accounts in Geneva were hidden behind offshore structures, sometimes made up of the bank itself, implicating King Mohammed VI of Morocco, King Abdullah II of Jordan and a cousin of Syrian President Bashar al-Assad.

The publication of the Panama Papers in 2016 caused, among other things, the resignation of Icelandic prime minister Sigmundur David Gunnlaugsson and the dismissal of Pakistani prime minister Nawaz Sharif.

Following the Panama Papers, at least 150 investigations were launched in more than 70 countries for alleged tax evasion or money laundering, according to the ICIJ.

At the end of 2017, the Paradise Papers, based on 13.5 million leaked financial documents largely from an international law firm based in Bermuda, revealed planetary tax optimisation circuits used by personalities including the singer Bono, Queen Elizabeth II and racing driver Lewis Hamilton, as well as multinationals such as Nike, Apple and Uber.

The last earthquake made by the ICIJ was the Luanda Leaks in early 2020. It accused Isabel dos Santos, daughter of former Angolan President Jose Eduardo dos Santos, of having "siphoned off the Angolan economy".