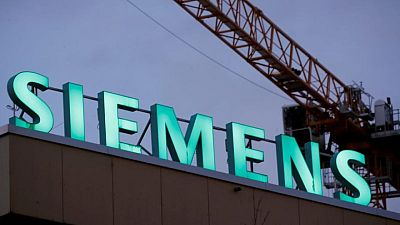 Between 2002 and 2017 the companies acted as a cartel to illegally share out contracts valued at 4.1 billion euros awarded by national rail-infrastructure operator Adif, the CNMC watchdog said on Friday.

Siemens said it supported the CNMC probe and took appropriate organisational and personnel measures before the fines were announced.

“Siemens has zero tolerance for corruption,” the company said in a statement.

A Nokia spokesperson said the company fully cooperated with the CNMC‘s investigation and believes it acted lawfully.

“We are going to appeal the decision and request suspension of all sanctions pending the appeal,” the spokesperson said.

ACS did not respond to multiple requests for comment.

CNMC said the ruling followed on from a 2019 investigation which broke up a similar cartel, involving many of the same companies, focused on rail-electrification contracts.

“This (more recent) cartel’s practices have been particularly damaging since, in some cases, the effects of the fraud have lasted until 2040 due to the duration of some of the contracts,” the watchdog said in a statement.

Fines totalling 483,000 euros were handed out to 10 executives from the companies, CNMC added.