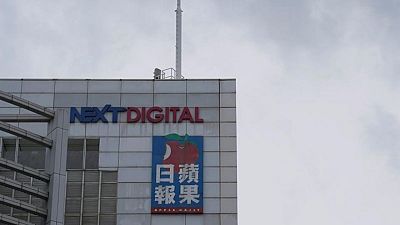 -Hong Kong’s Financial Secretary Paul Chan has presented a petition to the Court of First Instance to wind up Next Digital Ltd (NDL), the media group owned by jailed tycoon Jimmy Lai.

Next Digital was the publisher of Apple Daily, a popular pro-democracy newspaper that closed in June after its newsroom was raided by police investigating whether some articles in published breached a national security law introduced in Hong Kong by Beijing last year.

The government said Chan took the view that it would be in the public interest to have Next Digital wound up after considering an investigation report on the affairs of the company.

The Securities and Futures Commission (SFC) has also provided Chan with important information and evidence after it conducted enquiries into Next Digital, the government said.

“The SFC also believes that it is desirable and in the public interest for NDL to be wound up based on the information and evidence it has obtained,” the government said in the statement on Wednesday.

NDL said this month it aimed to go into liquidation and its board of directors had resigned to facilitate the process.

The company’s assets were frozen as part of the national security investigation and its shares have been suspended from trading since June 17.