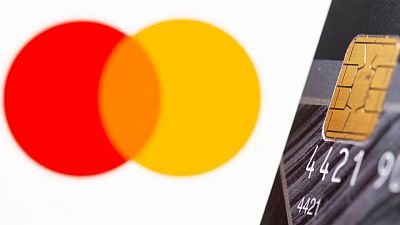 -Mastercard Inc on Tuesday launched a buy now, pay later service, tapping into a market that is threatening to chip away at the dominance of credit cards as a main source of payments.

The buy now, pay later sector got a boost during the COVID-19 pandemic as cash-strapped shoppers were attracted to the service due to the ease of making part-payments for products they bought online or at stores, without additional costs or fees.

That, in turn, has led to a surge in business at some of the biggest players in the market, including Klarna, Affirm Holdings, Afterpay Ltd and PayPal Holdings Inc, while driving a string of big takeover deals.

Mastercard said on Tuesday its Mastercard Installments program will allow consumers to pay for online and in-store purchases through equal and interest-free installments, adding that it will be available in markets across the United States, the United Kingdom and Australia.

The buy now, pay later option enables banks, lenders, fintech firms and wallets the ability to offer BNPL solutions, Mastercard said. Customers will also be able to access such offers digitally, pre-approved through the lender’s mobile banking app or through instant approval during checkout, it said.

Other large companies such as Apple Inc and Goldman Sachs are also reportedly working https://www.reuters.com/technology/apple-goldman-sachs-planning-buy-now-pay-later-service-bloomberg-news-2021-07-13 on a BNPL offering.