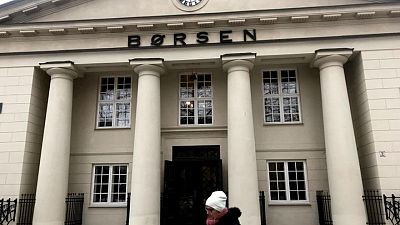 By Supantha Mukherjee and Terje Solsvik

STOCKHOLM/OSLO – SoftBank-backed robotics firm AutoStore said on Tuesday it seeks to raise $315 million by listing on the Oslo Bourse for an initial public offering (IPO) at a valuation that could make it Norway’s largest stock launch in two decades.

In April, SoftBank bought https://www.reuters.com/article/us-softbank-group-autostore-idUSKBN2BS1YC a 40% stake in the Norwegian company for $2.8 billion, valuing AutoStore at about $7 billion. Thomas H. Lee Partners and EQT are among its other investors.

AutoStore did not disclose its expected valuation, but based on its last funding round the company could top Adevinta’s $6.20 billion IPO in 2019 and also become the largest since the 2001 listing of Statoil, now known as Equinor.

The IPO could give the company a valuation of around $10 billion, according to a source familiar with the matter.

Founded in 1996, AutoStore has 20,000 robots deployed across 30 countries to automate warehouse operations. The company also uses robots to densely store and retrieve products allowing customers to store four times the inventory in the same space.

The company, whose customers include ASDA, Gucci and Lufthansa, plans to use to proceeds to reduce debt, invest in growth and allow share sale by its investors.

The IPO is expected to be priced during October.