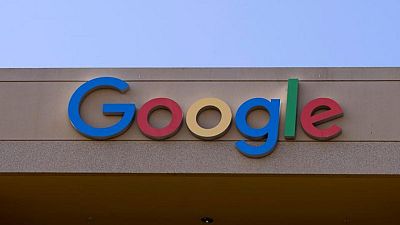 NEWDELHI – India’s antitrust watchdog has agreed to Google’s request to keep confidential some information the company provided during an investigation into its business, though the regulator denied allegations it leaked a report on the probe to the media, a judge said on Monday.

Alphabet Inc’s Google sued the Competition Commission of India (CCI) at a New Delhi court last week, urging a judge to direct the watchdog to prevent leaks of information.

The filing came after The Times of India and Reuters reported this month, citing a confidential CCI report, that the regulator’s probe had found that the U.S. tech giant abused the dominant position of its Android operating system in India, unfairly using its “huge financial muscle” to hurt competitors.

Google, in its 188-page court filing seen by Reuters, said it was aggrieved by the CCI’s rejection of its request, made before the media reports, that “highly business sensitive information” it had provided to the regulator during the course of the investigation be kept confidential.

On Monday, Justice Rekha Palli said the CCI had agreed to accept Google’s request to keep its submissions confidential, without elaborating on the details of the agreement between the watchdog and the company.

If Google “still has a grievance that any information is being leaked”, it can seek legal recourse, Justice Palli added.

However the justice said CCI had rejected as untrue Google’s allegations that it had leaked any information to the media.

Google and the CCI did not immediately respond to requests for comment.

On Friday, in a near hour-long showdown in court, Google had called the CCI a “habitual offender” in terms of leaking confidential information. The watchdog’s counsel repeatedly denied the allegations, and accused the U.S. company of frustrating the investigative process.

Google’s filing to the court, reviewed by Reuters, said the publication of the investigation report’s findings caused “irreversible damage” to its reputation.

The CCI ordered the competition probe in 2019, saying Google appeared to have leveraged its dominance to reduce device makers’ ability to opt for alternate versions of its mobile operating system, and to force them to pre-install Google apps.

Reuters reported on Sept. 18, citing the confidential CCI report, that the watchdog had found the mandatory pre-installation of apps on Android devices “amounts to imposition of unfair conditions on the device manufacturers” in violation of India’s competition law.