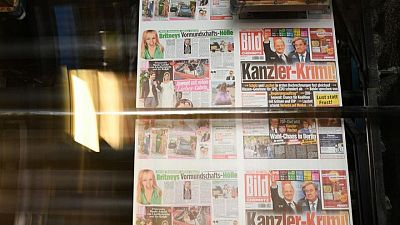 LONDON – Germany faces months of tough negotiations to form a coalition government after Sunday’s federal election, with three parties needing to team up to clear the threshold of 50% of all seats in the Bundestag.

Olaf Scholz’s centre-left Social Democrats will seek to form a coalition with the Greens and the FDP for a so-called traffic light coalition. But Christian Democrat candidate Armin Laschet also plans to try to form a government with the FDP and the Greens, making up a “Jamaica” coalition, named for that country’s flag colours of black, yellow and green.

“So far, there is little visibility in terms of a potentially significantly looser fiscal policy in Germany going forward, even though spending related to climate change should be part of the outlook either way. The lack of visibility is also true regarding the future German stance regarding EU fiscal rules and EU integration.

“This electoral outcome confirms our prudence in European core rate markets. Not only could the coalition negotiations be lengthy, but financial markets are entering the key phase of the normalisation of fiscal and monetary policies. In addition, economic growth expectations could start weakening soon, whereas inflation expectations could still be rising. Overall a difficult situation for central Banks and fixed income investors.”

“Both the Jamaica and Traffic Light options would produce continuity from the current government in terms of fiscal and EU policies. A Traffic Light coalition would be easier on both, but the difference from the current government would be modest. Hence, apart from a shift in a greener direction, the election likely signals continuity in broad terms.”

“Differences in the overall fiscal stance between traffic light and Jamaica would not be big enough to change the outlook for German or Eurozone aggregate demand. Neither coalition would probably change the constitutional debt brake and/or approve a major change in EU rules.

“Instead, expect some tinkering with and a more flexible interpretation of the rules. Somewhat counter intuitively, the scope for such tinkering with or modest changes in the domestic and European rules – as well as for tax changes – would be a bit larger in a Jamaica coalition including the CDU/CSU.

“In a traffic light coalition without the CDU/CSU, the centre-right would probably use its veto on many matters in the Bundesrat (upper house) to block significant changes. The FDP is more likely to insist on its core demand of no tax hikes than its call for full fiscal prudence.”

The conservative CDU/CSU and the social democrat SPD have come out almost neck and neck in Germany’s federal election, meaning either one has the potential to lead a likely moderate coalition government. The left wing Die Linke party’s poor election showing appears to have ruled out a left wing alliance, and its likely negative impact on German stocks.”

“The conclusion from this is that the FDP could put some damper on helping the euro zone particularly in a crisis, though the wind blowing from Frankfurt on the ECB is likely to be on the margin more helpful. What is likely to happen is the same as to the ECB, namely that the Green angle becomes central to the government.”

“The various international and economic crises during the 16 years of the Merkel government forced a rather reactive policy approach. In the coming years the consequences of the U.S-Chinese tensions, Brexit and the need to create a stronger EU demand a more proactive approach from the next government.

“This new role…comes at a point when Germany’s economic position is threatened by adverse demographics, structural disruptions resulting from digitalisation and, most importantly, the daunting quest to reach climate neutrality during the next two decades.”