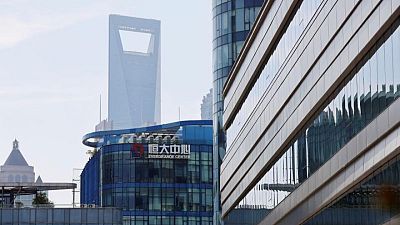 HONGKONG – The debt crisis engulfing China Evergrande Group has begun to dent homebuyer sentiment and force developers to cut prices, signalling deeper consequences for the world’s No.2 economy and a consolidation in the overcrowded property sector.

Evergrande, which epitomises the borrow-to-build business model, is suffocating under $305 billion of debt and has stopped repaying some investors and suppliers and halted building work at many projects across the country.

While contagion fears from a possible Evergrande collapse have depressed global financial markets, analysts say the property sector, which accounts for a quarter of the country’s gross domestic product, could be the worst hit.

“It’s not China’s Lehman moment that we should be worried about. It’s a sharp drop in property sales,” Capital Economics chief Asia economist Mark Williams said, referring to the 2008 collapse of U.S. investment bank Lehman Brothers.

On Friday, Evergrande inched closer to the potential default that investors fear, missing a payment deadline in one of the clearest indications yet that the developer, whose debt struggles have spooked markets, is in dire trouble.

The developer is now repaying some suppliers, as well as retail investors in its opaque wealth management products, partly in completed real estate in an effort to ease social tensions.

“It’s not the first time a developer has used real estate as payment to suppliers,” said realtor Centaline Shenzhen general manager Alan Cheng. “But it’s the first time homebuyers realize a big developer like Evergrande can collapse too – they think there must be something wrong with this market.”

Adding pressure to home prices, Cheng said other developers, including Kaisa and state-backed China Resources Land, cut selling prices in the southern city of Shenzhen, after a 30% discount promotion by Evergrande in May.

Kaisa said it did not have a comment on price cuts, while China Resources Land did not respond to request for comment.

Growth in China’s property sales by floor area in the first eight months slowed to 15.9% from a year earlier, compared to 21.5% growth in the first seven months, as the sector was hard hit by a liquidity squeeze. Growth was 105% year-on-year in the first two months of 2021, rising from a low base in 2020 when sales were hurt by the COVID-19 pandemic.

Nomura said the decline in new home sales accelerated in the first two weeks of September from August to 16%, and 49.5% from a year earlier for top and lower tier cities, while they eased to 15.5% for tier-2 cities.

Capital Economics’ senior China economist, Julian Evans-Pritchard, said Evergrande’s crisis had had a much bigger impact on housing demand than he had anticipated, and households had turned much more cautious, triggering a drop in prices.

He said that while most developers would be able to cope with weaker sales for six months, a broader shift in property sales triggered by the negative sentiment would be more worrying.

To withstand the crisis, the sector was expected to see a wave of consolidation in the near-term, some analysts said.

China’s property market has been extremely fragmented, with an estimated more than 50,000 developers at the peak. Given many were small and poor quality, Beijing also wants to drive consolidation, analysts said.

No.3 developer China Vanke and Guangzhou-based KWG Group said in their earnings conferences last month they were eyeing M&A to acquire land from distressed peers, when prices are often cheaper than at public land auctions.

Vanke said it had been in talks with Evergrande in the past few months on project cooperations, and it has acquired three projects of Sichuan Languang Development, a smaller developer that defaulted in July.

“Consolidation will definitely accelerate under the current tight credit environment,” said an executive of a developer based in eastern China, adding it was looking at a few projects now.

“If a company in a liquidity crunch doesn’t sell its assets quickly when the problem first emerges, it may collapse like Evergrande,” said the executive, declining to be named as he was not authorised to speak to the media.