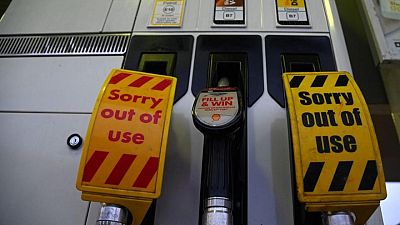 LONDON – Royal Dutch Shell said on Friday it was seeing more demand at some of its fuel stations in Britain as worries about lorry driver shortages prompted drivers to fill up their tanks.

“We are adapting our delivery schedules to ensure sufficient supplies for our customers,” a spokesperson said, adding that rising demand “may in some instances result in larger queues.”

A handful of Shell gas stations are thought to have run out of fuel. Shell has around 1,000 stations across Britain.

BP said it was prioritising fuel deliveries in Britain to sites with the highest demand and seeking to minimise the amount of time its petrol and diesel pumps were empty.