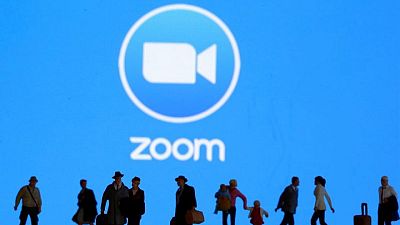 The committee is reviewing the deal to see if it “poses a risk to the national security or law enforcement interests”, according to a letter filed with U.S. regulators.

Zoom agreed in July to buy Five9, its biggest deal yet, to diversify from its core video conferencing services that helped power its meteoric growth at the start of the pandemic. Competition has also intensified from Cisco, Microsoft’s Teams and Salesforce’s Slack.

Zoom’s shares tumbled last month after the company signaled a faster-than-expected drop in demand, with some industry experts also questioning its future plans as people returned to office.

Analysts do not expect the government to block the deal, however, Benchmark analyst Matthew Harrigan said it could imperil the expected closure in the first half of next year.

This is the latest hurdle for the proposed deal. Less than a week ago, proxy advisory firm Institutional Shareholder Services recommended Five9 shareholders to vote against deal, citing growth concerns.

“Given the (Biden) administration’s stated policy of providing a higher bar of scrutiny toward business combinations, I think there is a non-trivial chance this transaction is in jeopardy,” Romanoff said, even as he declined to predict the fate of the deal.

A Zoom spokesperson said the company has “made filings with the various applicable regulatory agencies, and these approval processes are proceeding as expected.”

“We continue to anticipate receiving the required regulatory approvals to close the transaction in the first half of 2022.”

Last year, U.S. prosecutors charged a former China-based Zoom executive with disrupting video meetings commemorating the 31st anniversary of the Tiananmen Square crackdown at the request of the Chinese government.

“Zoom has dealt with scrutiny towards its China ties in 2019 and 2020 and that scrutiny may have been included in their expectation that the deal would not close until the 1st half of 2022,” said Joe McCormack, senior analyst at Third Bridge.