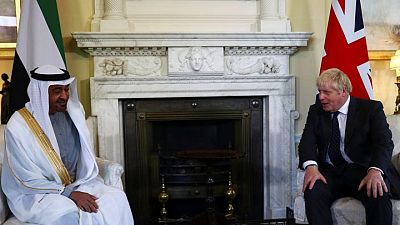 DUBAI – The United Arab Emirates could invest at least a further 1 billion pounds ($1.4 billion) in the United Kingdom this year after pledging 10 billion pounds this week to its investment partnership with the British government.

The UK’s Trade Commissioner to the Middle East, Simon Penney, told Reuters on Friday there was “line of sight” on a minimum of one billion pounds of transactions between now and the end of the year.

“The expectations are high that it will reach a 2 billion (pound) watermark this year,” Penney said of the UAE investment in an online interview.

Abu Dhabi sovereign wealth fund Mubadala, which oversees UAE investments in the partnership, did not immediately reply to an emailed request for comment.

Over 1.1 billion pounds has been invested since then.

Britain is looking to expand trade ties across the world following its departure from the European Union, including sealing a free trade agreement with the bloc of six Gulf Arab states known as the GCC, which includes the UAE.

The GCC, which also includes Saudi Arabia, has not signed a free trade agreement for over a decade.

The UAE this month said it would pursue comprehensive economic agreements with eight countries including Britain.