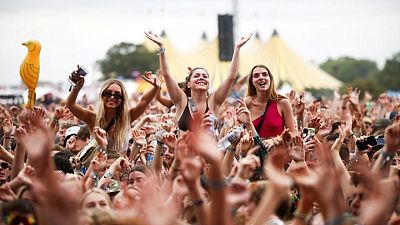 Spending rose by 15.4% last month compared with its pre-pandemic level in August 2019, marked by higher spending across all categories apart from international travel, Barclaycard said.

“Socialising, shopping, and staycations were top of the agenda for Brits in August, as families and friends made the most of the school holidays, giving a welcome boost to hospitality and leisure businesses,” said Raheel Ahmed, Barclaycard head of consumer products.

Other surveys have pointed to a recent slowdown in Britain’s economy after an initial surge following the relaxation of COVID-19 lockdown restrictions.

A separate survey from the British Retail Consortium on Tuesday showed retail spending rose 3.0% in August compared with a year ago, with clothing stores performing strongly – something echoed by the Barclaycard report.

Still, the BRC said this marked a slowdown from annual growth of 6.4% in July.

“As post-lockdown pent-up demand has softened, the growth in retail sales we have seen over the past few months slowed for August. Nonetheless, we still saw growth above pre-pandemic levels, as people returned to stores in greater numbers,” said BRC Chief Executive Helen Dickinson.