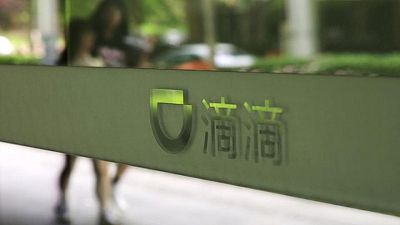 By Julie Zhu and Scott Murdoch

HONGKONG -Chinese regulators are considering pressing data-rich companies to hand over management and supervision of their data to third-party firms if they want U.S. stock listings, sources said, as part of Beijing’s unprecedented scrutiny of private sector firms.

That would help ease Beijing’s growing concerns that a foreign listing might force such Chinese companies to hand over some of their data to foreign entities and undermine national security, added the person.

The plan is one of several proposals under consideration by Chinese regulators as Beijing has tightened its grip on the country’s internet platforms in recent months, including looking to sharpen scrutiny of overseas listings.

The crackdown, which has smashed stocks https://www.reuters.com/world/china/china-markets-slump-crackdowns-shatter-sentiment-herd-mentality-kicks-2021-08-20 and badly dented investor sentiment, has particularly targeted unfair competition and internet companies’ handling of an enormous cache of consumer data, after years of a more laissez-faire approach.

A final decision on the IPO-bound companies’ data handover plan is yet to be made, said the sources, who declined to be identified due to the sensitivity of the matter.

The regulatory officials have discussed the plan with capital market participants, said one of the sources, as part of moves https://www.reuters.com/world/china/china-step-up-supervision-overseas-listed-companies-2021-07-06 to strengthen supervision of all Chinese firms listed offshore.

IPO advisers are hopeful a formal framework on the data handover issue could be delivered in September, said the source.

The China Securities Regulatory Commission (CSRC) and the Cyberspace Administration of China (CAC) did not respond to faxed requests for comment.

The U.S. Securities and Exchange Commission, which oversees U.S.-listings, did not immediately respond to a request for comment.

“This is one more piece of evidence that private companies do not actually exist in the People’s Republic of China – they are all under the control of the Chinese Communist Party,” U.S. Representative Michael McCaul, the top Republican on the House Foreign Affairs committee, said in a statement.

“Any company that does business in the PRC must answer to the CCP, threatening investor transparency, consumer privacy, and national security,” he added.

Senator Bill Hagerty, who sits on the Senate Banking Committee, said in a statement to Reuters: “The Biden Administration and the SEC must continue to take action to ensure that Americans are aware of all the risks of investing in companies that are in anyway subjected to the Chinese Communist Party’s rule, including the CCP’s management of key data.”

A total of 37 Chinese companies have raised $12.6 billion via U.S. IPOs so far this year, according to Dealogic, nearly double the $6.6 billion raised over the same time last year.

The plans to step up supervision of Chinese companies listed overseas came days after Beijing launched a cybersecurity investigation into ride-hailing giant Didi Global Inc on the heels of its $4.4 billion U.S. stock market listing.

The proposed restrictions on Didi could become a possible template for other data-rich Chinese companies that look to go public in the United States, said one of the people.

Beijing’s increasing sensitivity about the collection and usage of onshore data comes as the top legislative body on Friday passed a new law https://www.reuters.com/world/china/china-passes-new-personal-data-privacy-law-take-effect-nov-1-2021-08-20 designed to protect online user data privacy. It will implement the policy starting on Nov. 1.

In September, China is also set to implement its Data Security Law, which requires companies that process “critical data” to conduct risk assessments and submit reports to authorities.

The government has in recent years increasingly seen user data as key to the country’s financial and social stability and pushed tech giants including Ant Group, Tencent and JD.com to share consumer loan data to prevent excess borrowing and fraud, Reuters reported in January.

Ant is also in the process of spinning off its consumer-credit data operations, as part of the business revamp to revive its public share sale.