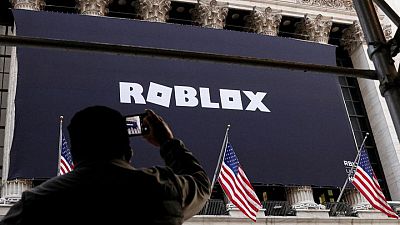 – Roblox Corp’s quarterly bookings missed market expectations on Monday, as easing restrictions slowed the pandemic-fueled surge in spending for its games including “Jailbreak” and “MeepCity”, sending its shares down 5%.

The company, one of the world’s most popular gaming sites for children, is a pandemic winner that had benefited from stay-at-home orders.

But with school reopening following the rollout of vaccines in the United States, online games lagged as kids are now encouraged to return to outdoor activities.

The company’s bookings rose just 35% to $665.5 million for the second quarter ended June 30 compared to a 161% surge in bookings during the previous quarter. Analysts had expected $683.3 million.

Roblox generates most of its booking from the purchases of virtual currency “Robux” by kids, who then use it to upgrade player’s avatars by buying in-game items like a hat, pet or accessories.

The company, which offers a host of titles across mobile devices and games consoles, said average bookings per daily active user increased slightly from the year-ago period.

The metric is the average amount that users pay per day to play the games and it had in the last quarter surged 46% from a year earlier.

In July, it fell 5% to 7% year-over-year, a clear sign of how people are spending less time on its platform.

The company, which listed on the NYSE in March, is reporting its second quarterly earnings and is yet to turn a profit.