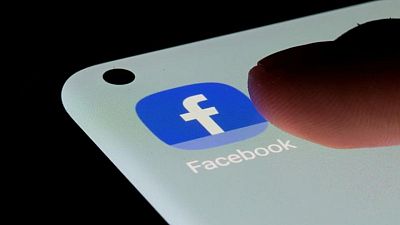 WASHINGTON – Senator Mark Warner said on Wednesday that Facebook Inc’s move to disable the accounts of a group of New York University researchers who were studying political ads on its platform was “deeply concerning.”

Facebook said on Tuesday it had cut off the personal accounts and access of the NYU researchers, who were studying political ads on the site, because of concerns about other users’ privacy.

Warner, chair of the Senate Select Committee on Intelligence, said that the action was a step backward.

“This latest action by Facebook to cut off an outside group’s transparency efforts – efforts that have repeatedly facilitated revelations of ads violating Facebook’s terms of service, ads for frauds and predatory financial schemes, and political ads that were improperly omitted from Facebook’s lackluster Ad Library – is deeply concerning,” he said in a statement.

Warner added that Congress should act to deal with fraud and misconduct in online advertising.

Facebook defended the action Wednesday, saying: “We repeatedly explained our privacy concerns to NYU, but their researchers ultimately chose not to address them and instead resumed scraping people’s data and ads from our platform,” a spokesman said.

The NYU Ad Observatory project, which received a cease-and-desist letter from Facebook last year, asks people to download a browser extension that collects information about how they are shown political ads on the site.

Facebook has created tools to improve transparency over advertising on its services, including its own ad library, a searchable online database showing the political ads on its site. But researchers have criticized the library for being incomplete and difficult to use.

NYU researcher Laura Edelson in a series of tweets Tuesday said Facebook’s actions had stopped their access to tools they had used to uncover systemic flaws in the Facebook Ad Library and identify misinformation in political ads, including many sowing distrust in the U.S. election system. “By suspending our accounts, Facebook has effectively ended all this work,” she said.