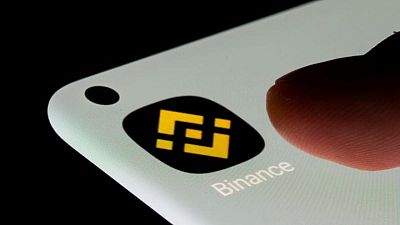 LONDON – Major cryptocurrency exchange Binance said on Friday it would wind down its futures and derivatives products offerings across Europe, the latest move by the platform as pressure grows from regulators across the world.

With immediate effect, Binance users in Germany, Italy and the Netherlands would be unable to open new futures or derivatives products accounts, the exchange said in a statement on its website.

Increasingly worried over consumer protection and the standard of anti-money laundering checks at crypto exchanges, a string of regulators across the world – including Britain, Germany, Hong Kong and Italy – have in recent weeks ratcheted up pressure on Binance, one of the world’s largest exchanges by trading volumes.

“The European region is a very important market for Binance, and it is taking proactive steps towards harmonizing crypto regulations, which is a positive sign for the industry,” the exchange said on Twitter https://twitter.com/binance/status/1421033044337729536.

“We understand that many regulators at local levels may have their own positions on crypto, and we welcome the opportunity to engage in a constructive dialogue on local requirements.”

Users in the three countries will, from a date to be announced later, have 90 days to close any open derivatives positions, Binance said.

Binance’s exit from derivatives in Europe is its latest exit from specific crypto products after growing regulatory pressure.

Malaysia’s securities regulator became the latest watchdog to target Binance on Friday, reprimanding it for illegally operating a digital asset exchange https://www.sc.com.my/resources/media/media-release/sc-takes-enforcement-actions-on-binance-for-illegally-operating-in-malaysia in the country.

It was not immediately clear how big Binance’s derivatives business in Europe was, though UK researcher CryptoCompare said in June it was the largest derivatives exchange with volumes of $1.7 trillion, down around 30% from a month earlier.

Binance CEO Changpeng Zhao said this week he wanted to improve relations with regulators, adding the exchange would seek their approval and establish regional headquarters.

Earlier this month, it said it stopped selling digital tokens linked to shares, after regulators cracked down on the cryptocurrency exchange platform’s “stock tokens” offerings.

Market players said the move may contribute to wider concerns about the future of cryptocurrency derivatives trading for retail players.

“A huge amount of money in crypto markets is floating around exclusively because of the existence and availability of such products,” said Joseph Edwards of Enigma Securities, a cryptocurrency broker in London.

“Binance have crowded out large sections of the derivatives market over the last couple of years – if their retreat from said market deepens, the medium-term impact is unlikely to be positive.”