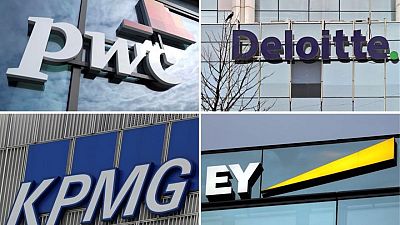 The Big Four last year also audited over 200 of the FTSE 250 firms, a segment in which smaller auditors increased their share from 4.8% to 7.6%.

Despite tough economic conditions, the Big Four raised average audit fees by 7.7%, and their rivals by 4.7%, continuing a trend of fees increases since the FRC began collecting data in 2004.

The industry reviews also proposed replacing the FRC with a new, stronger regulator to drive through change, to be called the Audit, Reporting and Governance Authority (ARGA).

The government, however, has yet to bring forward legislation to implement the recommendations.

“Improving competition across the audit market and ensuring audit firms focus, above all else, on delivering high-quality audit is essential to improving trust in audit and corporate governance and remains a key priority for the FRC as it transitions to becoming ARGA,” FRCCEO Jon Thompson said in a statement.

The government has proposed that a challenger firm shares an audit with one of the Big Four firms to gain experience with blue chip clients.

But the plan is facing opposition from companies, with calls to impose market share caps on the Big Four instead.

Iain Wright, managing director at ICAEW, a professional accounting body, said improving audit quality is the key issue and that shared audits would take years to make a difference.

“We think that a market share cap would be a useful additional measure and significantly speed up the process,” Wright said, adding that establishing ARGA should be the government’s top priority.