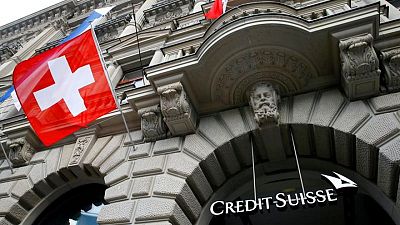 By Saeed Azhar and Tom Arnold

DUBAI/LONDON – Qatar Investment Authority (QIA) has raised its stake in Credit Suisse to 6%, in a move seen as underlining its long-term commitment to the troubled lender.

The stake, higher than earlier estimated, follows QIA subscribing to two convertible notes, which will be converted into shares later this year, according to a regulatory filing.

“It shows the continued support of a loyal long-term shareholder,” said Andreas Venditti, senior analyst at Bank Vontobel, adding that the deal involved a select group of large core shareholders, including QIA, committing to subscribe to the full amount of the two convertibles, including the balance that was not subscribed by other shareholders.

Qatar’s $300 billion sovereign wealth fund is the biggest shareholder of Credit Suisse, but a filing in late June showed its stake had slipped below 5%, raising questions about its commitment to the investment.

Credit Suisse’s top management are under pressure to come up with an overhaul plan after losing more than $5 billion in the rush to unwind trades by family office Archegos and suspending funds linked to Greensill.]

However a new filing with the U.S. Securities and Exchange Commission showed that the Qatari fund was among the investors who subscribed to Credit Suisse’s capital raising in April when the Swiss lender issued mandatory convertible notes.

Stock exchange data still shows QIA‘s stake of 4.84%, however the stake rises to 6.01% if the convertibles are taken into account, the new filing shows.

Credit Suisse in April said the mandatory convertible notes will be converted upon six month maturity, but they could be subject to early conversion upon the occurrence of certain events.

“For QIA to bet on ‘traditional banking’ while betting on disruptive financial technologies is a way to balance risks in this challenging sector.”

QIA first invested in Credit Suisse in 2008, at the height of the financial crisis, and later increased its stake to above 5%.

Shares of Credit Suisse were down 0.9% in late morning trading and are down 15.5% year to date.