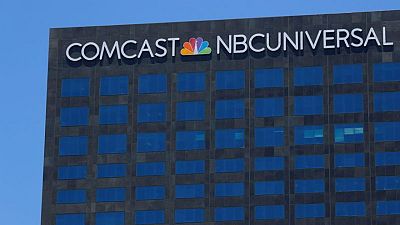 LOSANGELES – Comcast Corp’s Universal Pictures will send new movies exclusively to the company’s Peacock streaming service no later than four months after they debut in theaters, the company said on Tuesday.

The new arrangement begins in 2022 and will include films from Universal, animation studios DreamWorks Animation and Illumination, and arthouse division Focus Features. Financial terms were not disclosed.

Upcoming titles include “Jurassic World: Dominion,” a new movie from “Get Out” filmmaker Jordan Peele, and fresh installments in the animated “Minions” and “Puss in Boots” franchises, a company statement said.

Media companies are adding movies and TV shows to their streaming services to compete with Netflix Inc, Walt Disney Co and others vying for home viewers.

The deal between Universal and Peacock covers what the industry calls the “Pay-One” window, the time when movies that have left theaters play on streaming services or cable channels. That period typically lasts 18 months.

Universal and Peacock agreed to carve that window into three segments. New movies will go to Peacock for the first and last four months of the 18-month period. For the 10-month period in between, Universal will offer the films to other distributors to license.

“By showcasing content across multiple platforms throughout the Pay-One window, (Universal) titles will constantly refresh across the streaming ecosystem ensuring no title or platform is oversaturated,” the company statement said.