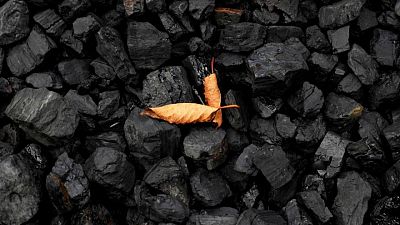 By Simon Jessop and Elizabeth Howcroft

LONDON – Legal & General Investment Management, Britain’s biggest asset manager, said on Tuesday it would drop four companies from a number of its funds over their “insufficient” response to the challenge of climate change, including U.S. insurer AIG.

All had either not responded adequately to corporate engagement or had breached LGIM‘s “red lines” around involvement in the coal sector, their carbon disclosures or their links to deforestation, the money manager said in a statement.

As part of its Climate Impact Pledge launched in 2018, LGIM, part of insurer Legal & General, said the companies would be excluded from actively managed funds holding some 58 billion pounds in assets and all four would face voting sanctions using shares held across its entire equity book.

“We’ve been making consistent requests for a multi-year period … (the companies are) really not meeting what we consider to be baseline minimum standard expectations in terms of climate change management across their sectors,” said Yasmine Svan, Senior Sustainability Analyst at LGIM.

The exclusions follow a commitment by LGIM in October to expand the number of companies it engages with over climate change to 1,000 from 100.

That push was already starting to bear fruit, LGIM said on Tuesday, with 22% of the companies on its “priority” list now setting a target for net-zero carbon emissions.

During the current season for annual general meetings, LGIM said 130 companies would face votes against for not meeting its minimum climate change standards, mostly in the banking, insurance, real estate, tech and telecoms sectors.

As global policymakers gear up for the latest round of climate talks in Glasgow later this year, LGIM Chief Executive Michelle Scrimgeour said asset managers also needed to step up.

“Progress cannot be made by acting in isolation and we, as investors, have a real role to play in the responsible allocation of capital and acting as stewards to our investee companies to encourage greater progress to meet our overall sustainability goals.”

Mengniu said that it “proactively supports the goal to achieve carbon neutrality by 2060, and to lead the industry in carbon neutrality commitment with regular emission reduction targets and roadmap disclosure”.