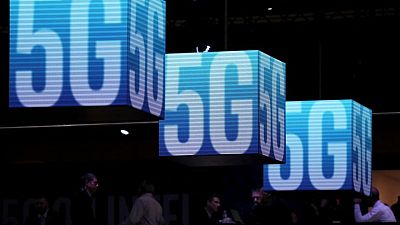 <div> <p>By Clara-Laeila Laudette</p> <p><span class="caps">MADRID</span> -Telecom companies leasing radio frequencies crucial to deploying 5G mobile data services will no longer be required to grant rivals access to their networks, Spain’s government said on Monday in newly-released terms for an upcoming spectrum auction.</p> <p>Spain boasts Europe’s most advanced fibre network, but its telecom sector has suffered from market fragmentation and high overheads, with margins shrinking and debt rising year by year.</p> <p>“The obligation for majority concessionaries to grant access has been removed to incentivise the rollout (of 5G) data services,” a spokeswoman for Spain’s telecom and digital infrastructure department told Reuters.</p> <p>“This way, it’s not forbidden for operators to lease access to their networks, but they’re free to do it without a state-determined price,” the spokeswoman added.</p> <p>Other changes to the conditions of the next radio frequency auction, due in late July, included a general softening of conditions and 15% price cut, drawing relief from debt-laden telecom groups likely to bid for spectrum bands.</p> <p>But removing the obligation to grant third-party operators infrastructure access may draw attention from regulators in Brussels and Madrid – and from smaller companies like MasMovil and Euskaltel which have relied on network-sharing agreements.</p> <p>Neither MasMovil nor Euskaltel – in merger talks to create Spain’s fourth-largest operator – were immediately available for comment.</p> <p><span class="caps">IMPROVING</span> <span class="caps">CONDITIONS</span> </p> <p>“The conditions are still demanding, and the prices could have been lower, but we recognise and thank the government’s efforts in improving conditions,” said a spokeswoman for the DigitalEs association which represents the four largest operators.</p> <p>The government cut prices by 12.5% to 20% from last year, depending on the band, extended the deadline for rolling out coverage by a year and specified where operators must prioritise services.</p> <p>“We wanted to make it very clear which places need to be covered (by 5G networks) – the previous coverage criteria were very broad,” the government’s telecom spokeswoman noted.</p> <p>As a further sweetener, the government said in April it would double the length of frequency concessions to 40 years, which operators cheered as providing greater visibility.</p> <p>Orange – which this month announced it would lay off 485 employees to cope with Spain’s highly fragmented, competitive market – declined comment, while Vodafone said it was still studying the auction’s terms.</p> <p>Spain has prioritised the development of 5G mobile data in its post-pandemic recovery strategy, earmarking nearly 30% of the 140 billion euros ($171 billion) it will receive in EU funds to a digitalisation plan.</p> <p>Applications to participate in the auction are due by July 2, with the auction to be held before July 21.</p> <p>($1 = 0.8201 euros)</p> </div>